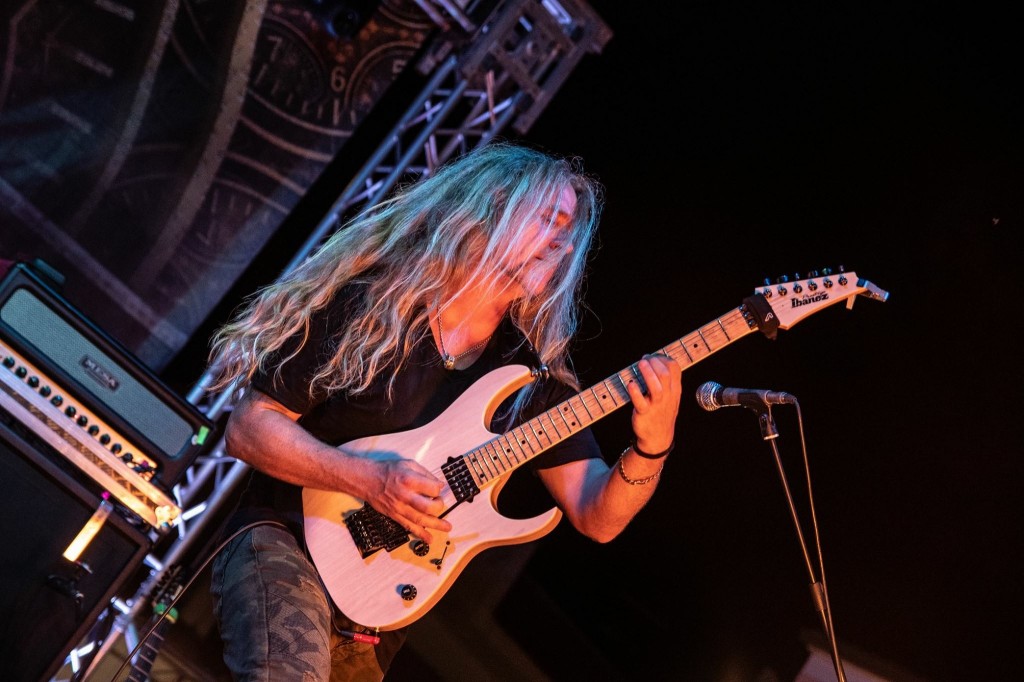 He has released  8 albums , 4 albums with his band Solid Vision , 2 with DOMINICI , and 3 solo instrumental albums.

He studied at the Academy of Music in Delémont; upon completion of his studies in 2003 he decided with his brother Yan to form the Progressive Rock Band called SOLIDVISION.

Just a few months after they formed, the band decided to record their first album: “Eleven” (2004).

In 2005 after many positive reviews, gigs, tv performances the band went back to the studio to write and record their second album, “The Hurricane” (2006).

Currently, Brian is endorser and demonstrator for brands such as Ibanez Guitars, Mesa Boogie- Amps.

In 2006 he was contacted by Charlie Dominici (first singer of Dream Theater) and together with his brother Yan, decided to work on the project “O3 A Trilogy”, started by Charlie in 2005 with his solo album.

The new band took the name “DOMINICI“, and recorded  part II of the trilogy in October 2006 and signed a contract with the label Inside Out Music.

In April 2007, only a few months after the release of “O3 A Trilogy part II“, Dominici was contacted to open some gigs for  Dream Theater’s “Chaos in Motion World Tour 2007/2008.

In November 2007, Dominici recorded  part III of the Trilogy and the album was released in April 2008.

In 2009 Brian went back into the studio to write and record Solid Vision’s new record “Sacrifice”, published in summer  2010.

After his first solo instrumental rock Progressive album entitled “Melody In Captivity“,   Brian returned to the studio in 2013 to record his second solo instrumental album,  “Reincarnation, which came out in February  2014.

In 2015, Brian began his collaboration with Jam Track Central with which he is producing a whole series of guitar Master class and video learning methods.

He is also currently teaching in a number of Academy Guitar Schools.